Gisborne, New Zealand hosts the annual three-day international music festival Rhythm and Vines from December 29–31. The first dawn of the new year is celebrated during this celebration, which is the first of its kind worldwide.

In 2003, friends from the University of Otago, Andrew Witters, Tom Gibson, and Hamish Pinkham, launched the event. They intended to host a New Year’s celebration for their university friends in a secure and picturesque setting where they could enjoy performances by upcoming and well-known New Zealand musicians. They had no idea that their tiny celebration would eventually become a milestone for over 350,000 Kiwis over the course of 20 years and draw tourists from around the world and touring artists.

The initial event included one performance stage with The Black Seeds as the headliners, and 1800 people attended. Salmonella Dub was the featured performer in 2004, when a second stage was added and 5,500 people showed up. Fat Freddy’s Drop performed in the 2005 event, and a new arena called the Rhythm stage was inaugurated there. The 2006 event had four stages and featured Mylo as the first international headliner. In 2007, New Young Pony Club headlined and entertained an audience of 15,000. 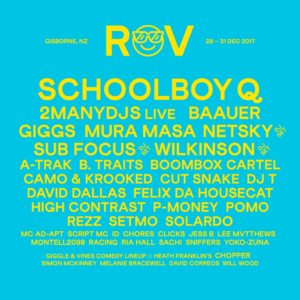 With Rhythm and Vines becoming a three-day festival in 2008, the organizers were able to sign contracts with musicians who were traveling internationally. The 2008–2009 festival lineup was by far the strongest yet as a result of this, with numerous well-known worldwide acts such as Franz Ferdinand, Public Enemy, and Carl Cox. The majority of the festival’s lodging was provided by the seven-day camping BW Summer Festival, which has hosted acts including Flume, Kora, and State of Mind.

Rhythm and Vines made the audacious decision to launch Arcadia Spectacular in 2014, giving the R&V audience a taste of Glastonbury’s fire-breathing stage. In 2015, motorcross riders were jumping across the main Vines stage while at the Old Mout Cider Shack, the introduction of Comedy via Giggle and Vines had people in stitches. While Rhythm and Vines keeps doing what it does, which is bringing some of the top live artists in the world to Gisborne, it also keeps innovating in terms of the entire festival experience.