Vanessa Mae at Odeon of Herodes

The atmosphere created by the orchestra, the musicians as well as its experienced technicians combined with the energy that it transmits to the audience and the Heroic space are the elements that make it a reality. A great night in which Vanessa Mae will travel the audience through her electric violin , with Bach, Beethoven, Brams, Vivaldi and tango, Indian music, pop songs, Vangelis melodies and other ballads. 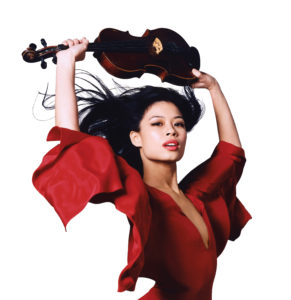 She has sold more than 10 million records around the world, has won 40 International Platinum Awards and her scores of more than 8 million copies, has managed to balance, fifteen years now, between classical and pop repertoire.

At the age of 11 to 13 he recorded concerts by Tchaikovsky and Beethoven. The first to combine classical with pop music, Vanessa Mae is considered the creator of a new kind of music fusion that was marked with the release of The Violin Player album in 1995 . The “Queen of the Violin” has collaborated with pop artists including Janet Jackson and Prince, and her music is also heard on the soundtrack of Disney’s “MULAN” big production, and her recent albums are testing for the first time except Her violin and her voice.

She is known for her  charity , has been involved in various Red Cross campaigns from time to time. At the same time, she has worked with cinema either as a director of her own silent film based on her “The original four seasons,” or as an actor in the Arabian Nights series filmed for the British channel ABC in 1999.