Real Madrid and Juventus will meet in the 2017 Champions League final in Cardiff. The game will be a repeat of the 1998 final in which Los Blancos won their seventh title in the competition. Statistical analysis of the tournament so far show which players among the sides have the potential to do the most damage.

In the final, Cristiano Ronaldo with 10 goals will have the opportunity to either equal or overtake Lionel Messi as the competition’s top scorer. Juventus’ top scorer is ex-Real man Gonzalo Higuain with five.

Both Cristiano Ronaldo and Karim Benzema feature prominently in the top 10 players who have had shots on goal in this season’s competition, with Higuain level with the Frenchman on 17.

Neymar still leads the rankings and is followed by Ronaldo on six, while Dani Alves and Miralem Pjanic have both contributed three for the Old Lady.

Players from both clubs lead this statistic, with Dani Alves and Toni Kroos both completing 25 crosses from 52 and 59 attempts respectively.

When it comes to the player who has been fouled more than any other in this year’s Champions League, Neymar leads that ranking but is closely followed with Paulo Dybala on 28. Of Real Madrid and Juventus players, Dani Alves has committed the most with 20 and Casemiro is the guiltiest party for Los Blancos with 16.

The top 10 in this ranking is dominated by Atletico players, with Koke, Antoine Griezmann and Gabi running more than any other players, with Ronaldo and Kroos making up positions five and seven. 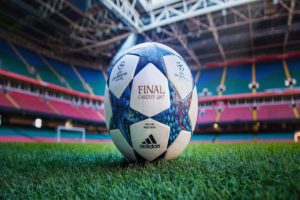