Twenty-two years! SFSFF is thrilled to continue presenting indelible live cinema events at San Francisco’s glorious silent-era movie palace, the Castro Theatre. This year brings many restorations including three titles SFSFF had a hand in—Silence with Cinémathèque Française, The Three Musketeers with MoMA, and a fragment of the lost Wallace Beery, Louise Brooks film Now We’re in the Air with the Czech National Archive!  Presenting films from nine countries, including Poland and Japan! Two films directed by women! Musicians from around the world! Special guests! Extras! Enchantment!

The San Francisco Silent Film Festival is a nonprofit organization dedicated to educating the public about silent film as an art form and as a culturally valuable historical record.

Throughout the year, SFSFF produces events that showcase important titles from the silent era, often in restored or preserved prints, with live musical accompaniment by some of the world’s finest practitioners of the art of putting music to film. Each presentation exemplifies the extraordinary quality that Academy Award-winning film historian Kevin Brownlow calls “live cinema.”

Silent-era filmmakers produced masterpieces that can seem breathtakingly modern. In a remarkably short time after the birth of movies, filmmakers developed all the techniques that would make cinema its own art form. The only technique that eluded them was the ability to marry sound to the film print, but these films were never meant to be viewed in silence, and it is often obvious that music was a part of the production as well as the exhibition. The absence of recording on the set, though, meant that the camera was free to move with a grace and elegance that allowed visual storytelling to flourish and made film more than just an adjunct to the stage.

It is through these films that the world first came to love movies and learned how to appreciate them as art. They have influenced every generation of filmmakers and continue to inspire audiences nearly a century after they were made. 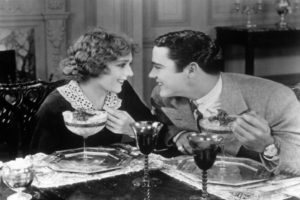