Paris, Europe’s romantic capital and centre of art, gastronomy and an vast array of iconic landmarks provides the perfect backdrop to stage La Grande Parade de Paris – Champs-Élysées and a New Year celebration of music. Youth Music in partnership with Equi*Concept, the Mayor of Paris, and supported by the city’s Director of Cultural Affairs and the President of the Champs Élysées’ Trade Association, have all come together to produce a truly wonderful series of indoor and outdoor performances culminating in the spectacular Paris New Year’s Day Parade at 14.00, January 1st starting at Place de la Concorde.

A series of indoor and outdoor concert performances will be held over the New Year period, in Paris. 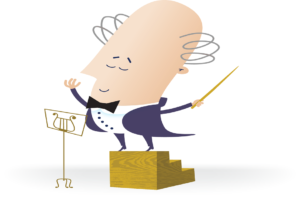 This beautiful, neo-Gothic cathedral can be found in heart of Paris on the Avenue George V between the Champs-Élysées and the right bank of the River Seine. It is the seat of the Episcopal Church of Europe. The origin of the cathedral dates back to the 1870s when John B. Morgan, cousin to J.P. Morgan, successfully raised money to buy land and build a church for the local American Episcopal congregation. Designed by English architect, George Street, who also designed the American church in Rome. It was consecrated on November 25th, Thanksgiving Day 1886.